ABOUT US - INTER SAIL SUPPLY - SPAIN

Sails from Sailors to sailors. 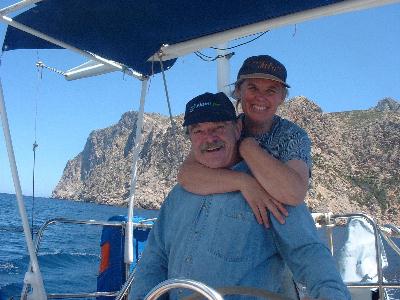 Born in Bavaria in southern Germany, Paul Kinzelmann started sailing dinghies in the local lakes when he was 10 years old. In 1968, the 25 year old businessman, sailed his motorless 32ft Fähnrich sailing yacht “TEJA”, with various crew, from Travemünde in N. Germany, via South America to New York.

Thereafter, he spent a year on “S.Y. ISABELL”, a 90ft Fife, which was chartering in the Caribbean and then a year on the 62ft racing yacht, “SORCERY”, in the USA.

Back in Europe he took all his yachting licence exams, did deliveries for several yachts from Holland to the Mediterranean and worked as an advertising photographer.

In 1977 he started “Yacht Service Mallorca“ in Palma de Mallorca and became known as the “Service Man” for Jongert yachts. In addition to these professional activities, he had another dream - building his own ideal cruising yacht.

After years of drawing plans and building the hull, his self-designed and self-built dream yacht, a 42ft sloop named “TULA”, was launched in 1982.

It was also at this time that he met Mary Synge. For the 28 year old town planner, born in Scotland, sailing was not new. She crewed Fireball dinghies in the Thames Estuary and had spent the summer of 1979 sailing together on her twin sister’s boat, “CORALETTA”, a 1916 built gaff yawl, in the Ionian Islands. 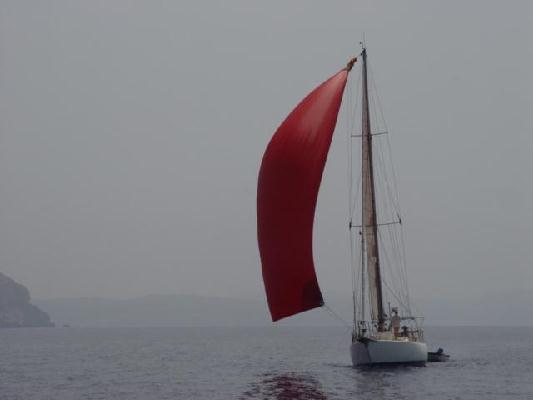 Together, Paul and Mary worked on fitting-out “TULA” and the maiden voyage in summer 1985 was from Mallorca to Turkey and back.

In June 1989, they started their long voyage around the world, which took them as far away as New Zealand and Tasmania, and ended in June 1995 with their return to Mallorca.
After cruising around the world for 6 years (1989 - 1995) they set up a new company (dur ABALONE S.L.) for the import and sale of sails - supplying high quality sails for fair prices. For the last 10 years they have been selling sails mainly in Mallorca and in the Western Mediterranean area.

In addition, they have also organised numerous “Yacht in Transit” deliveries for cruising yachts around the world from New Zealand to Honduras, from Curacao to Turkey, from Gibraltar to Brazil, etc.

On the basis of this experience they have now set up the "Inter Sail Supply" - a team of experienced sailors, keen to enable fellow cruising yachtsmen and women to buy top quality sails for their yachts worldwide and at the best prices possible.

If you have any questions related to sails or any other cruising topics, please contact us and we will be happy to help. Inter Sail Supply

A cruising and route-planning book, including 12 world maps and corresponding texts for each month giving an overall picture worldwide of what the prevailing weather conditions are in the world’s oceans and in which regions it is the sailing season and when the longest ocean crossings are undertaken.

A cruising guide to Mallorca, including 150 very detailed charts of ALL the anchorages, bays, ports and marinas around Mallorca.
Both books are available online at www.tulas-handy-charts.de